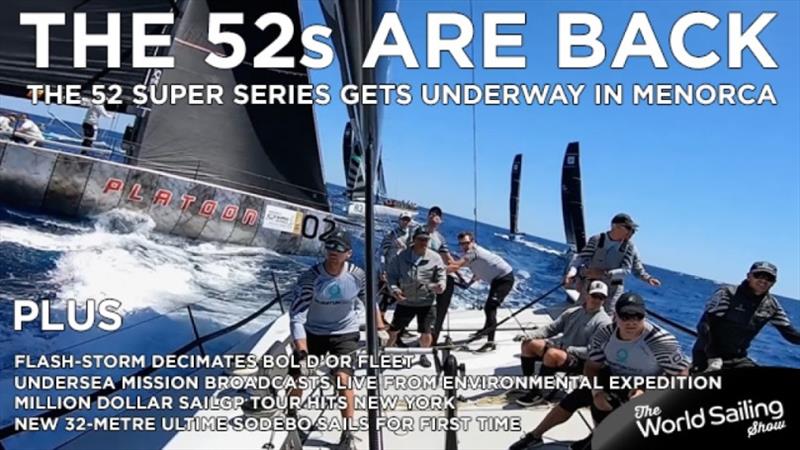 The 52 Super Series is the first monohull Grand Prix circuit in the world and a new season is starting in Menorca. With a record fleet and new boats and sailors, this five-event circuit will be thrilling.

Staying in the Mediterranean, we will travel to Marseille for the Hempel World Cup Series Final to see who will make it to the podium in 10 Olympic classes. There is also drama on Lake Geneva at the Bol d’Or Mirabaud as a storm tears up the course. The World Sailing Show is taking a rare underwater trip to the Seychelles to explore the depths with Nekton Mission studying global environmental data capture. Plus, the million-dollar boat race hits New York as SailGP reaches halfway through the battle for the biggest cash prize in sailing.


Kick-off of the 52 Super Series in Menorca

The 52 Super Series has become the best series of Grand Prix monohulls in the world with refined boats at the cutting edge of technology as designers seek marginal gains in seconds per mile. And sailors are leading the pack – America’s Cup, Olympic and around the world racers are piling up the crew lists.

With just one new boat launched this year, the new class of 2018 were eager to see if they had been left behind as the fleet gathered in Menorca for the 2019 circuit-opening event. long to wait – the brand new Russian Bronenosec won the first race…

Was this the shape of things to come or would defending champions Quantum Racing find a way to prevail? Or any of the other star players that grace the 52 Super Series field.

With the Tokyo Games just over a year away, the stakes for World Sailing’s annual World Cup tour are rising…it’s the competition that brings together returning medalists, new Olympic hopefuls and great players of the ten Olympic classes. They had raced in Japan, the United States and Italy, before arriving for the final in Marseille – the winners crowned and the progression to Tokyo marked by silverware… those who fail go back to the drawing board to reset campaigns and work on improvements.

Marseille will host the sailing events of the Paris Olympics in 2024. In addition to giving meaning to the ongoing campaigns, there was also an eye on the next cycle of the five rings. And the southern France venue served up a tasty opener with cool breezes and a tough chop.

Who would win? The established big names and medalists, or the newcomers with one eye on a chance at the Tokyo Games?


The Million Dollar Race heads to New York – SailGP Round 3

New York provides a breathtaking backdrop for a sailing contest, but the question as SailGP came to town for the third of five events was whether the weather would provide the circuit that would allow the cream to rise to the top. The answer was provided by the first spectacular moment which was not long in coming. As the wind blew off the New Jersey shore, the Brits were surprised and turned sideways minutes before the first race. From there it was a crowd-pleasing festival of foiling as the Australians led by Tom Slingsby and the Japanese by Nathan Outteridge sailed majestically, only being bettered once by local team Rome Kirby in race 5. But with Slingsby’s Australia SailGP team having taken rounds 1 and 2, could the Japanese get back into the game and start a comeback that puts them ahead with a million dollar prize cry dollars in September and in Marseilles?


The new Sodebo 3 – first sailing images of an innovative beast

The World Sailing Show brings the first images of Tomas Coville’s all-new 32-metre Ultime Sodebo 3 sail. The boat has many innovative features, the most visible being the cockpit which sits forward of the mast. With foils on the daggerboard and T-foils on the rudder ends, she’s a beast of a machine and Coville hopes this will help her take the round the world record to less than 40 days.


Save the seas…under the seas

And the World Sailing Show goes under the sea for the first time in a casual look at environmental and sustainability missions. The Nekton Mission is based in the Seychelles, collecting data and mapping reefs with the aim of helping to save the seas. Broadcasting live newscasts helped raise awareness of the mission and the World Sailing Show received unique insight.

In other news, the Bol d’Or is often a quiet one-day race on Lake Geneva…not this year. Stunning footage of a massive storm spike that hit all 450 starters. Less than 200 managed to qualify in a race that will be remembered for a long time. 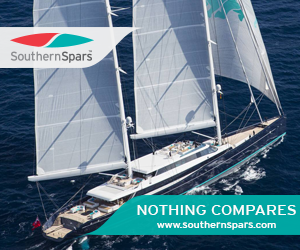 World Sailing has released the World Olympic Class Rankings updated to May 17, 2021. Results from the Finn Gold Cup, European 470 Championships and RS:X Windsurfing World Championships are included in the latest rankings. Of the British Sailing Squad, only Hannah Mills and Eilidh McIntyre in the women’s 470 retain the top spot in the […]

Prominent Australian sailing administrator David Tillett AM has been awarded the prestigious World Sailing Beppe Croce Trophy, which honors a person for an outstanding voluntary contribution to the sport of sailing. Tillet received the trophy at the World Sailing annual conference in Abu Dhabi, becoming the second Australian to receive the honor following recognition from […]