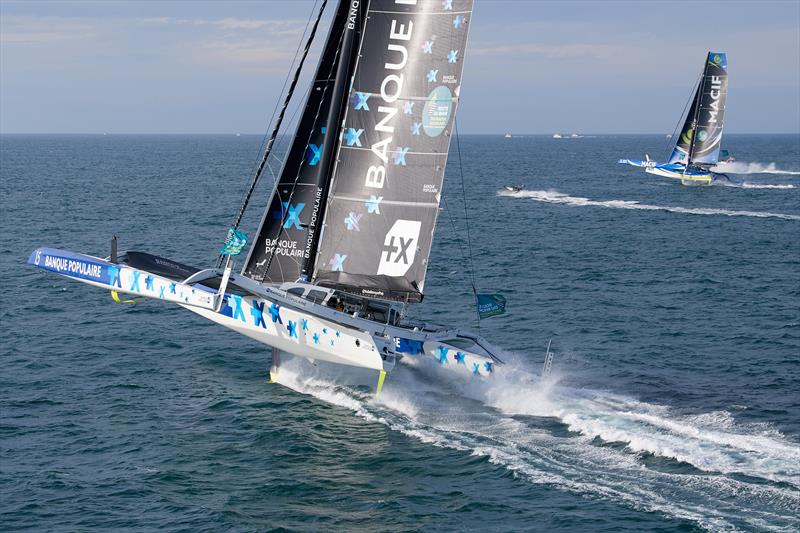 December 2018 World Sailing Show – looks at the significant issues and events that took place in November 2018. Catch up on everything you missed and see the best of November’s video coverage.

The legendary French solo transatlantic race, the Route du Rhum, attracts millions of spectators. This year, as details of brutal weather began to leak out, the mood on the quay changed as the tension began to mount. The 3,500 mile race to Guadeloupe was going to be tough; boat breaking, force undermining hard.

After a perfect drag race start, the high winds and huge waves swept through. Boats broke and skippers gave up, but some kept going. We tell the story.

Plus, we’ll be foiling indoors to find out how a high-performance America’s Cup boat could serve as the basis for a radical new commercial vessel.

And glamorous in St Tropez, technical talks in Lorient and great Olympic news in Florida.

Transatlantic Drag Race – The Brutal Route du RhumThe Route du Rhum is big business in France. This solo transatlantic race starts at the approach of winter and enjoys a formidable reputation. Held every four years, it was the 40th anniversary and drew huge crowds of spectators to see that year’s record breaking fleet. But as the clock ticked down to the start, the reality of a ferocious weather system in the Atlantic began to set in. The tension was mounting. True to forecast, within 48 hours of departure, the fleet was engulfed by the ex-hurricane. Boats broke and skippers retired, including several race favourites. However, some have pushed to the end. The World Sailing Show was there on the quayside to report on the mood before turning our attention to how this infamous race unfolded.


Navigate on foils indoorsThe high-octane, big-budget America’s Cup isn’t where you expect to get something for nothing. While the boats were some of the fastest sailing machines in the world, their creation had cost the earth. But now Artemis Technologies, a company spun off from former Cup team Artemis Racing, has used technology accumulated over the last Cup cycle to create a very different kind of foiling cat as well as an impressive fully-flying simulator. .


Olympics head offshore – plus World Sailing awardsAfter months of speculation and debate, the decision is now official offshore racing will be included in the 2024 Olympics. The news was announced at World Sailing’s Annual General Meeting in Sarasota, Florida, also held of the 2018 World Sailing Awards. Among those who took home the trophies were the new Rolex Sailors of the Year. But there was also a new category, that of Boat of the Year.


Classic glamor – Les Voiles de St TropezEach year, towards the end of the Mediterranean racing season, the owners and crews of some of the world’s most elegant and valuable classic yachts park them in the center of St Tropez for Les Voiles de St Tropez. But the event is not just a parade of classics, because always the big and the good from the world of the grand carbon price also showed up.


The Future Explained – Technical Presentation at the Yacht Racing Forum Shortly before the start of the Route du Rhum from St Malo, in Lorient just to the south, some of the world’s smartest technical brains prepared to take to the stage at the annual Yacht Racing Forum. The World Sailing Show was there with a long list of questions including; where do the radically shaped bows come from on boats like the new IMOCA60 Charal? Why is aerodynamic drag so important and what is the future of high tech sails? Plus, we chat with Vendée Globe champion and Banque Populaire skipper Armel Le Cleac’h about what it’s like to sail a 100-foot trimaran. 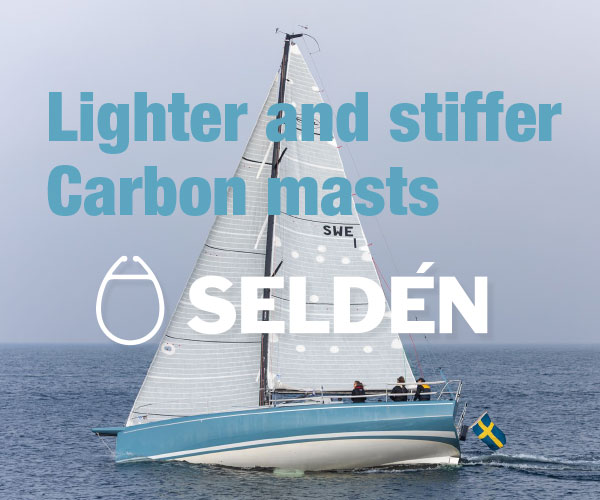 As for a first major national mission, this was not more important for John Parrish. Parrish was Race Officer for the 1982 470 Nationals at Lake Taupo, when David Barnes, Hamish Willcox, Murray Jones and Leslie Egnot lined up. “It was the who’s who of New Zealand yachting at the time,” Parrish recalled. “As a […]

World Sailing is Recruiting, but you have to be quick – Sailweb