Virtual meetings, now an integral part of life, are nothing new for the IDRA 14 dinghy sailor team who have just completed the task of formatting the IDRA 14 class rules to conform to those of World Sailing. The IDRA 14 Class Association Rules 2020 document was launched online recently with all committee work leading up to the launch being done through online meetings.

As early as 2018, the three-member team of the IDRA 14 Class Rules Committee met virtually, fortnightly, via Skype and used Google Docs to complete the complex work of transposing the IDRA 14 Class Rules of 1983 from various class documents and drawings to the latest World Sailing model. Meeting remotely meant they could continue their work without having to spend time arranging a venue and travelling.

Having a set of class rules that conform to the 2009 World Sailing Class Rules Model (updated 2012) is very important for any competitive class. This means the class rules can now be read in conjunction with the World Sailing Sailing Equipment Rules for 2017-2020, known as ERS. The Equipment of Sailing Rules (ERS) govern the equipment used in the sport. They are revised and published every four years by World Sailing. The ERS provides sailors, measurers, boat builders and sailmakers with standard definitions and measurement methods which, when used in class rules, avoid misinterpretation and potential conflict. .

The IDRA 14 Dinghy class will celebrate its 75th anniversary next year. The class has retained its appeal as an exciting two-crew dinghy with trapeze and spinnaker and a fiberglass version of the boat included in the class rules over the years.

This family class is known for competitive and affordable racing, with great team spirit throughout the class. Class members were in full agreement with the decision to reformat the rules and held two information and question-and-answer sessions early in the process. Both of these meetings were held at Clontarf and Dun Laoghaire, while the IDRA 14 races are held at the Sutton Dinghy Club, Clontarf Yacht & Boat Club and Dublin Bay Sailing Club, with most Dun Laoghaire boats hailing from the Dun Laoghaire Motor Yacht Club.

During the briefings, it was clarified that the objective was not to change the class rules but to ensure that they complied with the latest version of the World Sailing ERS and to settle the possible anomalies.

When the IDRA Class Rules Committee began meeting over Skype, it quickly became apparent that each of the three IDRA 14 sailors had their own area of ​​specialization.

Alan Henry, engineer and multiple time National Class Champion, has consistently innovated and pushed the boundaries within the class. Donal Heney’s expertise was boat building as he played a pivotal role in the construction of the IDRA 14,166, in 2016 (the first wooden IDRA to be built in over thirty years). Julie Ascoop, civil engineer and also former national class champion, specializing in standards and specifications. “Everyone brought a different experience to the job, which made for a really good team,” Julie commented. 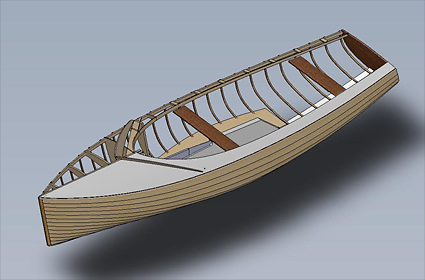 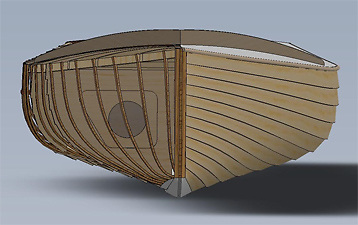 Each team member took homework to do before the next online meeting. This involved tasks such as measuring part of the boat, taking photos or checking approaches taken under the rules of other classes, such as Fireballs or 470s. Using Google Docs in their meetings meant that when one committee member would enter text into the new document, the others could work on the same document at the same time, thus addressing the issue of revision control.

The task was to sort out quite a few anomalies, one of which turned out to be quite dramatic at first: the current masts were 8cm longer than the 1983 Class Rules measurement. scared,” Alan said, but when the team discussed it with class historian Ian Sargent and his brother Charles, the IDRA class commodore, it was quickly established that the mast measurement had been changed. at a past AGM and after some research the relevant rule change document was produced. If someone had used the old rules when buying a new mast, they would have been at a serious disadvantage, Julie explained. This highlighted the issue of maintaining the current set of rules and avoiding spurious versions. A process for updating and maintaining class rules has now been developed, and the current version is now available online for easy access.

Donal explained that another challenge was that the zero offset table, a set of measurements defining the shape of the IDRA 14 hull, was missing.

The IDRA 14 class was fortunate to involve Naval Architect Ruairi Grimes who produced a digitized version of the original IDRA 14 drawings and put together a 3D model of the IDRA 14 hull from which the offset table could be derived. 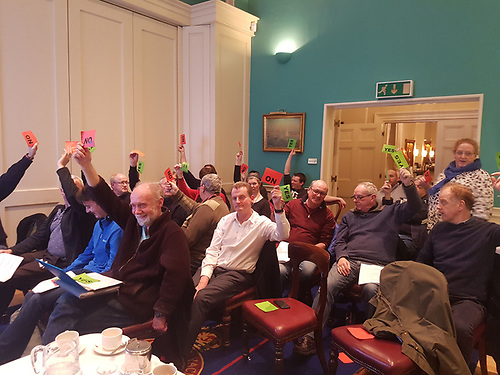 The IDRA Class Rules Committee was able to complete the vast majority of the work through virtual meetings and were extremely fortunate that the briefings, the meeting with the Class Measurers and the AGE all had take place before March 2020. As the country was in the grip of Covid restrictions, all that remained was to implement the decisions made at the Class Rules EGM.

In addition to adopting the 2020 IDRA Association class rules at the January EGM, class members accepted 18 of the 22 proposals that the class rules committee made following the anomalies that they had identified during their work on the class rules.

Julie Ascoop sees a lot of benefit for the class if the IDRA class rules are in line with the World Sailing class rules. “The main thing is that it is now in the right format and uses the right definitions,” she explains. “A sailboat, for example, will know the relevant ERS numbers for each particular sail measurement and have all the information at their fingertips in a format they are familiar with,” Julie said. This will also make it easier to update class rules at any time, which may be necessary in the event of future development of racing technology or equipment.

The IDRA Class Association Rules 2020 can be downloaded below.

Following a ruling by World Sailing, the International Etchells Class Association has confirmed that 25 boats produced by Pacesetter Etchells Pty since 2011 from mold 11 are not valid Etchells Class yachts under class rules. World Sailing (WS) has published an interpretation of the Etchells class rules, stating, among other things, that: a) IECA class […]